Greasy Rose makes her MMW Boxing debut by challenging a former champion in Athena Law!   Athena is surely never one to turn down a challenge and Rose is looking to make a statement by defeating a former champ and once feared striker.  Athena hardly considers herself “once feared” as she feels she still has the speed and accuracy to knock out any woman who stands in front of her.  As much as Athena wants to think she still has what it takes to be #1 again, her last few matches have not exactly been impressive as she was knocked out by Tovah Nicks after a hard fought battle, and then completely pummeled and laid out by Zodiac Queen.  Nonetheless, Athena and Rose are gloved-up, they make their entrances, the bell rings, they touch gloves and the match is on!  TONS of back-and-forth action as the ladies swing for the fences, both looking for the other’s button!  The girls trade all over the ring, multiple knockdowns with each lady eating canvas.  The hair is flying and the heads are snapping as the two women trade jabs, combos, body shots, uppercuts and belly punches.  Against the ropes, in the corners and center ring, the fists are flying.  Finally, Athena begins to fade.  Her hands and lower and she is breathing heavier.  Rose looks fresh as can be as she sees Athena gassing out.  She capitalizes and continues to batter Athena’s beautiful face and sexy, soft, jobber body!  Is rose about to lay out the former champ for a 3rd time in a row?  Can Athena afford another KO loss if she plans on still being considered one of the best? Or, will Athena make a miraculous comeback as she has so many times in the past?  Download to find out! 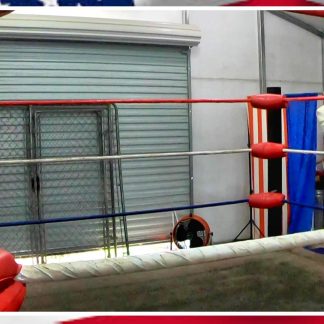