Alexandria Hamilton uses Athena Law’s face as a catchers mitt in this sexy, head snapping, jab filled beatdown! Athena has a reputation to maintain, Alex has a reputation to build. Both ladies exchange blows at first, firing off on eachother. It isn’t long before Alex takes control and feeds Athena a steady diet of jabs, snapping her head back, Athena’s hair is flying as she tries to keep her hands up, ultimately falling victim to Alexandria’s assault. Athena’s head turns into a speed bag as Alex imposes her will from the first flurry to the final KO! 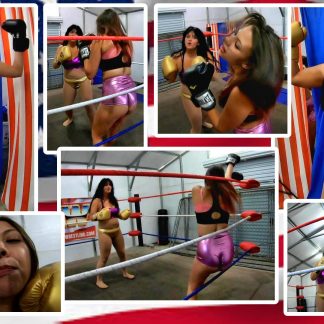